No evidence of organized KKK activity

The History Of The KKK In Oregon 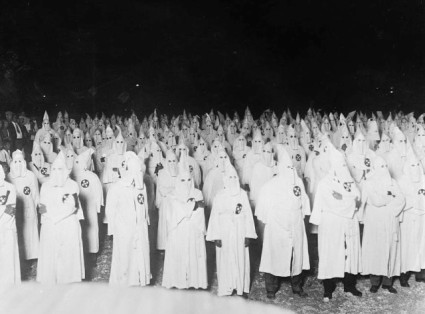 Fliers promoting the Ku Klux Klan (KKK) have been found in various locations around Oregon, most recently in Molalla. It’s unclear who is distributing the fliers and if they have an official connection to the well-known hate group.

Sociologist Randy Blazak has studied hate groups for decades and he says he does not know of any organized KKK chapter in Oregon right now, but the group does have quite a history in the state. The 1920s was the heyday of the KKK nationwide and in Oregon, when local officials felt comfortable posingfor photos with the group’s leaders.

You can listen to the interview here: The History of the KKK in Oregon